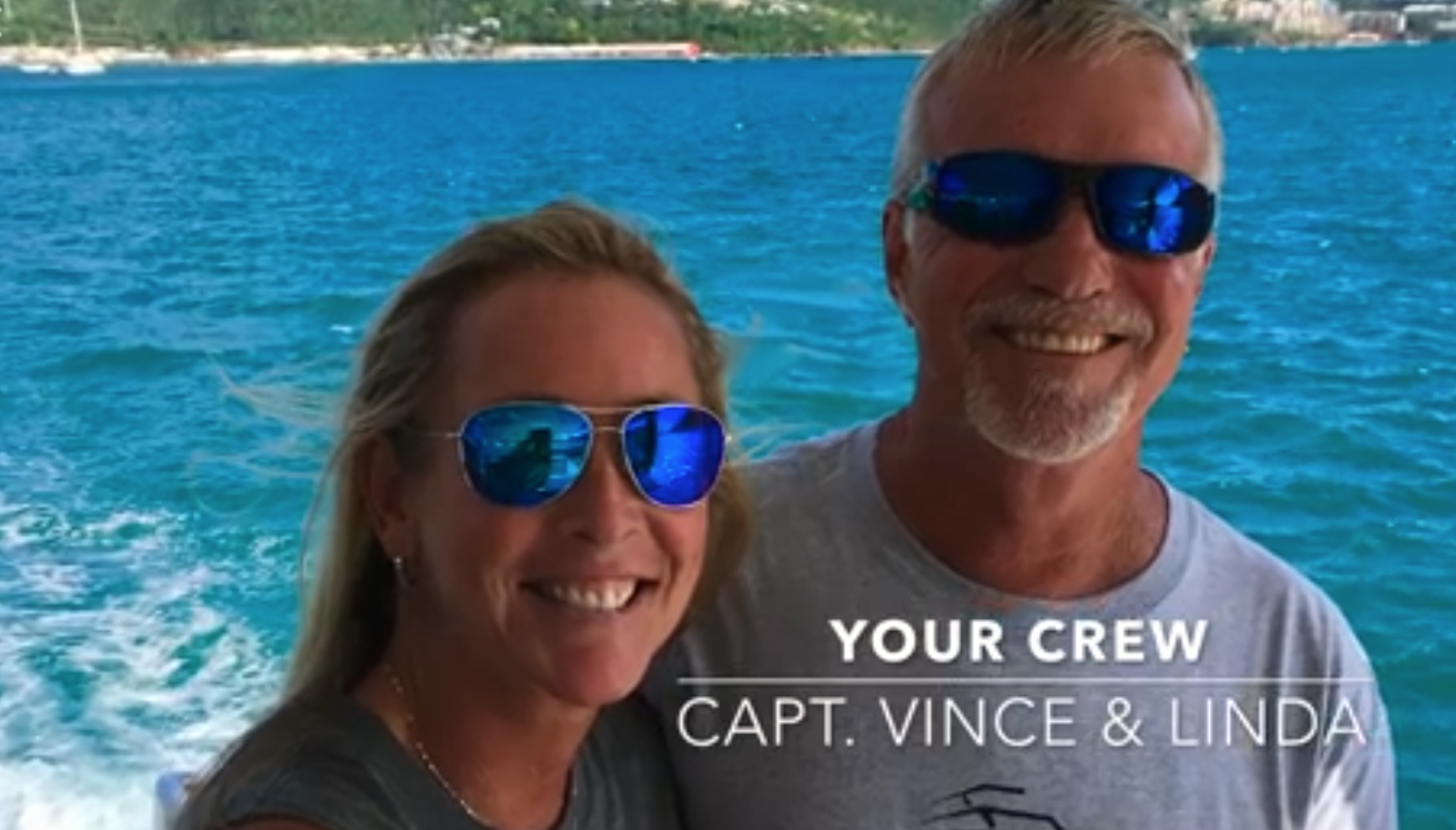 Vince and Linda Stracener have a passion for being on the water and a commitment to excellence. The beauty of the ocean will be shared through their stories and lived through experience. Their attention to detail will ensure a spectacular vacation. Whether or not your desire is to kick up your heels, snorkel till you drop, or just relax at a secluded palm lined beach, Vince and Linda will make all your dreams come true.

Captain Vince holds a US Coast Guard 100-ton Masters license. Raised in California, he attended Long Beach State University where he won several Golden Glove awards for boxing. After moving to Arkansas, (where did the ocean go?) he owned a construction business for several years. His desire for the sea drew him even further east to the Virgin Islands. He has sailed the waters here since 1993 and found his true home. As an "Outdoors" man, Vince enjoys sharing his enthusiasm for snorkeling, fishing, and underwater photography with his guests.

Linda moved to the Virgin Islands from her home state of California, where she graduated from San Diego State University with a degree in Marketing. During her college years, she was Captain of her water-ski team and was voted "Helmsman of the Year" at the Coronado Cays Yacht Club. Her culinary history is filled with awards and it abounds with cuisine to be remembered forever. Her specialties include Caribbean dishes, upscale Continental and seafood. She has been a charter yacht chef since moving to the Islands in 1994.

We are happy to answer any question you might have about chartering, the Virgin Islands, and boat life.